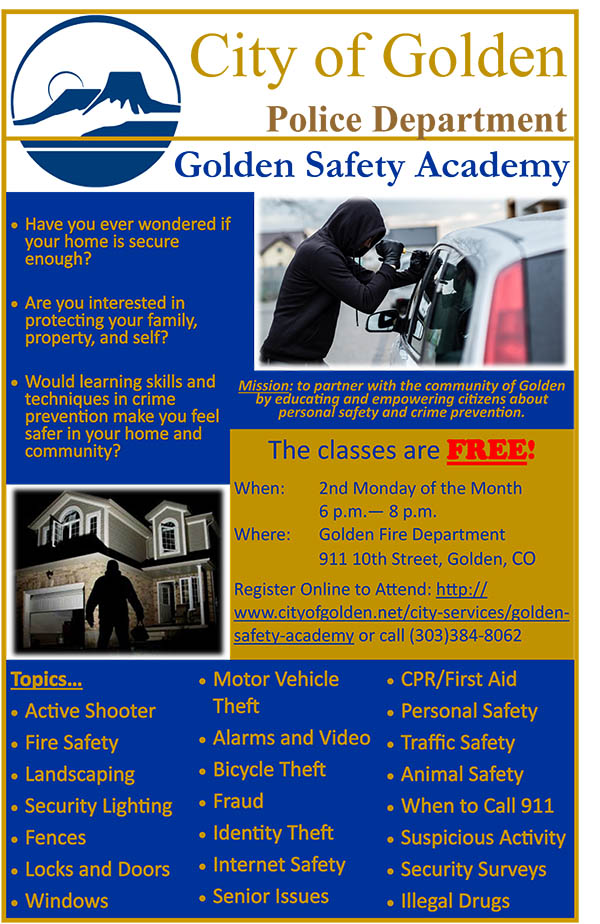 On Wednesday, January 29 and Wednesday, February 12, the City of Golden will host visioning workshops in City Council Chambers to discuss the Heart of Golden 2020: The Future of the Clear Creek Corridor. Both of these workshops will begin with a project update and will have a feedback activity, which will allow direct community comment and suggestions.

There are three key questions for the community to address at this workshop.

2) What uses would you like to see and where?

3) What uses are most important to you?

Join us for this unique opportunity to help plan the future and create a legacy in the heart of Golden. Learn more about the project on GuidingGolden.com.

The Golden United Housing Task Force will meet on Tuesday, February 18 from 6 to 8 p.m. at the First Presbyterian Church of Golden, 17707 W 16th Ave.

The topic will be planning for 2020. Please bring your ideas and implementation plans for activities and thoughts about ways you’d like to participate. Light refreshments will be served.

The Golden United Housing Task Force meets the third Tuesday of the month from 6 to 8 p.m.

RTD will host a public meeting in Golden City Hall Council Chambers on February 20 at 6 p.m. to discuss proposed service changes, which would eliminate the 16L (“limited”) bus, which provides express service between Golden and Denver, and instead increase 16 local bus service hours and pick-up times to fill in the gaps.

RTD is proposing many such service cuts across their service area in an effort to reduce the number of operators necessary to provide RTD transit services. According to RTD, “Currently RTD must excessively mandate operators to work overtime, leading to poor work-life quality and a vicious cycle of recruiting and attrition.”

RTD had originally planned to end the 16L service when the W Line was made operational in 2013. The 16L was maintained longer than planned, however, because the W Line provides an imperfect substitute for the 16L bus due to the higher fare for the light rail, and because the light rail line terminates at Union Station, whereas the 16L takes passengers to the Civic Center end of downtown.

RTD is hosting public meetings all over the Denver metro area to allow RTD customers to learn more about and weigh in on the proposed service changes. The Golden public meeting will occur on February 20 at 6 p.m. in Golden City Hall Council Chambers, 911 10th St.

If you are unable to attend the meeting in person, you can also provide your input by emailing service.changes@rtd-denver.com or faxing comments to 303-299-2227 no later than March 5.

The Community Sustainability Advisory Board (CSAB) is looking for interested residents, local experts, and community activists to help in the following tasks: 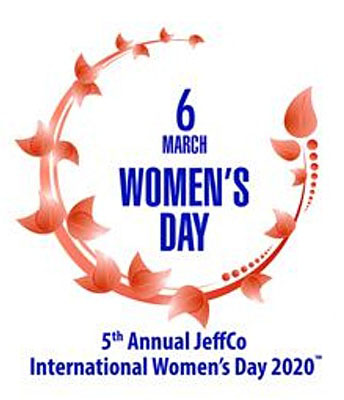 CU Regent Heidi Ganahl & founder of “Camp Bow Wow” will be the keynote speaker at this event during lunch. The winner of the “Unsung Heroine” Award will be announced as well, and Marjorie Sloan will be presented with the “Shattered Glass” Award. Come early to network and learn “The truth about personal & cyber security  today from a genuine, female Denver FBI agent”.

Purchase your tickets online at Eventbrite.com.