Officers assigned to patrol are responsible for responding to all calls for service within the city.

The Special Weapons and Tactics team (SWAT) is a select group of deputies and support staff from the Jefferson County Sheriff’s Office and the Arvada, Edgewater, and Golden police departments. SWAT is utilized in high-risk incidents in which disciplined teamwork, specialized weapons, and tactical skills are required, such as incidents involving barricaded subjects or hostages. The tactical element of SWAT is made up of highly-trained, specially equipped deputies, along with three K-9 teams. The support element of SWAT includes hostage negotiators, dispatchers and support deputies. The SWAT team also trains JCSO deputies in Rapid and Immediate Deployment (RAID) tactics.The Golden Police Department currently has the following assigned to the Jefferson County SWAT Team: 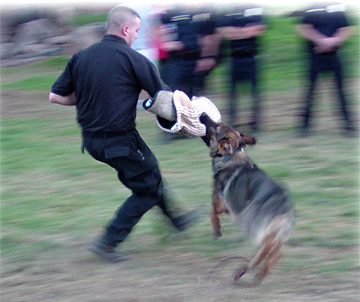 The K-9 Unit’s primary functions are to respond to calls of incidents with armed, dangerous or fleeing suspects, tracking missing persons or suspects, crowd control, building searches, searches for articles and evidence and public demonstrations.