The Golden Police Department is proud to announce the promotion of Adam Zutman, Stephanie Sipes, and Cody Schroeder to Patrol Sergeant. All three have been promoted within the last five months due to recent vacancies. The department held a very competitive selection process in September of 2020. Adam, Stephanie and Cody did an outstanding job of demonstrating the leadership acumen, knowledge and skills required to step into this first-line supervisory role. The department is excited about the promotion of these three high-character individuals who will help lead our organization into the future! 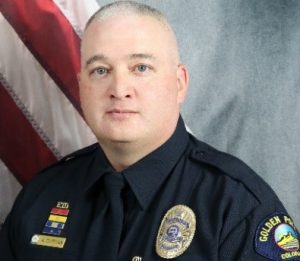 Adam has been a police officer with the City of Golden since 2005.  Prior to that he had several years of service at the Colorado School of Mines Police Department.  Adam has been recognized throughout his career achieving several formal awards and was the 2019 Employee of the Year for his outstanding performance and contribution to the department.  Adam is the type of person who takes on more than his share of extra duties.  He serves as a subject matter expert and instructor in several disciplines including Field Training Officer, Driving Instructor, Firearms Instructor and Drone Operator.  Adam played a huge role in the department’s first effort to become Nationally Accredited through the Commission on Accreditation for Law Enforcement Agencies, Inc. (CALEA) by writing many of our current policies. 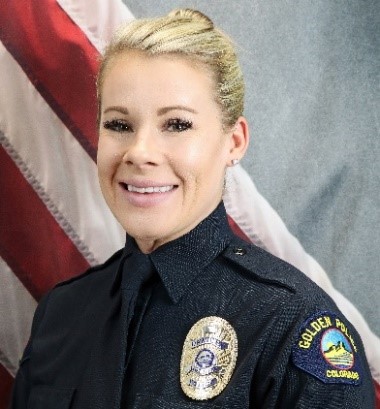 Stephanie is a Colorado native, born and raised in Frisco, Colorado.  She attended Colorado State University where she received her Bachelor of Arts in Sociology with a concentration in Criminology and minored in Spanish. She began her career with the Breckenridge Police Department in 2013 as a Police Officer. In 2015, she joined Summit County Sheriff’s Office as a Deputy Sheriff and served as a Field Training Officer, regional SWAT Team Operator and member of the Honor Guard.  In 2017 she became a member of the Golden Police Department. She is a Crisis Negotiator with the Jefferson County Regional SWAT team and held the positions of Field Training Officer, and program coordinator of the Police Citizen’s Academy. 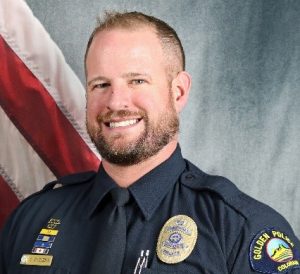 Cody is also a Colorado native, born in Summit County, Colorado.  In 2007, Cody put himself through the academy and was hired by the Summit County sheriff’s office as a Patrol Deputy in 2007 where he spent about 4 years on patrol.  In 2011 he came to Denver and worked as a police officer for the Colorado School of Mines and worked part time at Mountain View Police Department.  In 2015, Cody joined the Golden Police Department where he has been assigned to patrol.  During that time, Cody quickly took leadership roles in the Patrol Division, including being a Field Training Officer and Corporal.  There were many occasions where Cody stepped up to run a team in the absence of a sergeant.   Cody is an instructor and Subject Matter Expert in arrest control and in the driving program, and also teaches part time at the law enforcement academy at Arapahoe Community College.