Golden, Colo. ­— March 18, 2021 — On September 28, 2020 Golden Police responded to 710 10th Street, Colorado Mountain Club (CMC), on a reported hacking to the organization’s social media account concerning a link to a video uploaded to a pornography website. The video associated with the link was of a female who did not appear to have knowledge she was being recorded. After an initial investigation, detectives identified the alleged female victim and the suspected hacker, a former CMC employee, Chun Min Chiang DOB/021682. The alleged female victim identified Mr. Chiang as the likely person who recorded the video in her home. Further investigation identified Mr. Chiang was a registered sex offender.

In December, Golden Police Detectives along with an Arapahoe County Sheriff’s Office Investigator with the Colorado Electronic Crimes Task Force and members of the Boulder County Computer Forensic Lab served a search warrant at Mr. Chiang’s residence. Investigators seized computers, cell phones and other various digital storage devices, which resulted in over 40 terabytes of videos and photos. Processing of the evidence recovered videos uploaded to various porn websites, and over 200 images and videos of suspected child pornography and exploitation. Detectives also recovered more than 13,000 videos that appeared to involve females being recorded without their knowledge in restrooms, fitting rooms, and up their skirts at various locations.

Yesterday, officers with Golden Police Criminal Investigations and Special Enforcement located Mr. Chiang in Wisconsin. Investigators with the Waukesha (WI) Police Department and U. S. Marshall’s Office arrested Mr. Chiang on a warrant related to this six-month investigation that identified almost a dozen alleged victims. Mr. Chiang was booked into the Waukesha (WI) County Jail where he is awaiting extradition back to Colorado on the warrant for multiple charges, to include but not limited to, 2nd degree Burglary, three counts of Stalking, eight counts of Invasion of Privacy – Sexual Gratification, four counts of Posting Private Image for Harassment, Sexual Exploitation of a Child, and Computer Crime – Unauthorized Access. The charges are merely an accusation. Mr. Chiang is presumed innocent until and unless proven guilty. If you have additional information regarding Mr. Chiang or this investigation, please contact the Golden Police tip line at 303-384-8034. 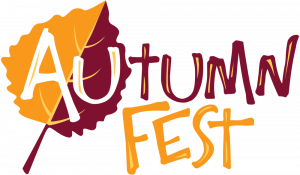