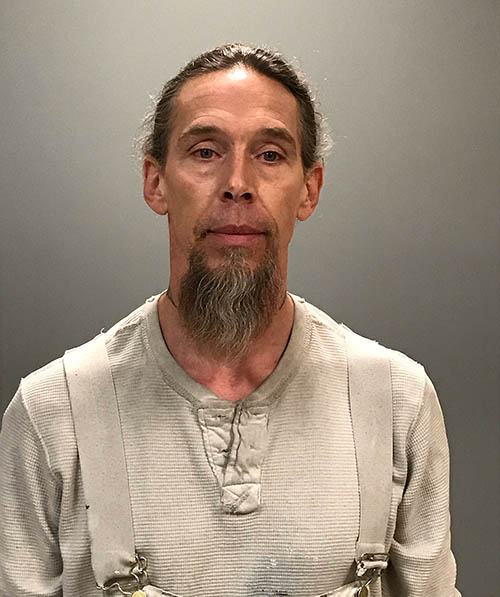 Golden, CO – June 17, 2019 — A suspect is in custody for allegedly attacking and beating two transient men in Golden in the early morning hours of June 12. 51-year old Roger Allan Coderre (DOB 2-6-68), a Golden resident, will be booked into the Jefferson County Detention Facility later this evening.

A dedicated and vigilant team of Golden Police personnel worked together to track down the information that led to the arrest. Several surveillance videos from the area of the attack helped to identify an older model black Nissan Pathfinder in the area of the crime. A patrol officer spotted a vehicle with that description late last week driving in Golden and pulled the driver over for a minor traffic violation. While stopped, the officer told the driver the vehicle matched the description and sought permission to ask a few questions. The driver, identified as Coderre, refused and left the area.

Early this morning, a call came in to the Golden Police tip line from an anonymous caller. The call was suspicious in nature and led detectives to investigate further. The call came from a middle school in a nearby city. Detectives then contacted Coderre at that middle school where he was working as a construction contractor. The police investigation confirms Coderre as the caller of the anonymous tip and at the scene during the time of the attack in Golden.

Golden Police have established enough probable cause to place Coderre under arrest. He will face at least two felony counts of assault. At this time, his alleged motive for the attacks is unclear. The investigation is still under way and more charges could be added.