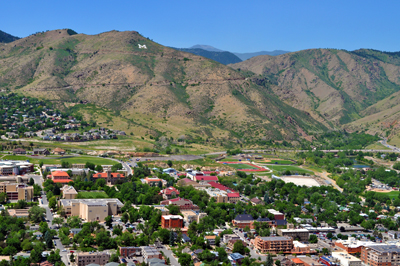 Twenty-one members of a Home Rule Charter Convention elected at a special Municipal Election in the City on August 8, 1967, were chosen pursuant to Article XX of the Constitution of the State of Colorado after the adoption of Home Rule by the Citizens of Golden.

The delegates to this Charter Convention were constantly reminded of their duty to draft a City Charter that would govern the operations of the City for many years. This responsibility was accepted by the members of the Charter Convention, and their decisions were made only after due deliberation. In most cases, a general unanimity prevailed. In other cases, that solution agreeable to the majority was adopted. The Charter was drafted after extensive research into other City Government operations, Home Rule Charters, and upon the advice of various authorities in the field.

The Charter provides for the Council-Manager form of City Government. The council is composed of seven members, one member from each of the existing four wards of the City, one member from each of two new districts set up on the basis of two wards per district, and one member to be elected as Mayor. In connection with council procedure, an efficient form of operation was adopted, with the rights of the people protected through the provisions for initiative and referendum. Also adopted was a practicable form of budget control and financing advantageous to the City.

Although the Charter was designed to govern the decisions many generations to follow, change is inevitable. Thus by virtue of Article XX of the Constitution, a method was provided to amend the Charter by popular election when necessary.

View the most recent version of the Golden City Charter